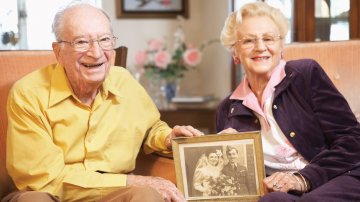 Depression is a serious mental illness that takes a big toll on your quality of life. Depression is common among elderly Americans, but it manifests differently than in young people. Knowing the signs and symptoms of depression in the elderly can help you determine whether your aging loved one is suffering from this highly treatable condition.

Why Depression is Different in Seniors
Even though most people who receive treatment for depression fully recover, only 10 percent of seniors who suffer from it get help.

One reason is that aging adults often exhibit symptoms of depression differently than younger people. As a result, depression in seniors is often mistaken for symptoms of other illnesses or the side effects of certain medications.

Another reason is that unlike younger generations, many seniors still perceive a stigma against mental illness and are less likely to admit to feeling depressed or to seek help for depression. It’s often up to family members to initiate diagnosis and treatment.

Risk Factors for Depression in Seniors

Stressful life events, such as the loss of a loved one or living with a chronic health problem, is one of the most common causes of depression in adults over 65. Other risk factors for depression include:

Treatment Works
Treatment for depression works to improve health and restore lives. Treatment ideally involves a combination of therapy, medication, and complementary treatments like massage, meditation, and exercise. Getting professional help for depression can improve your loved one’s quality of life and sense of well being, and staying vigilant its signs will help ensure swift, successful treatment.